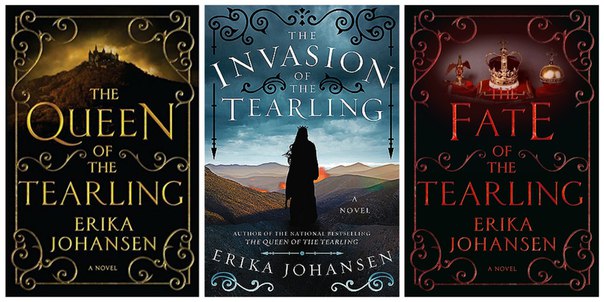 Night School. The Girl on the Train. The Thirst. The Colour Of Magic. Good Omens.

So what happened in book one?

I Am Pilgrim. The Night Circus. Johansen writes her characters and her setting with finesse. Kelsea continues to mature physically and emotionally.

As a result, her relationships with those who guided her in the first book necessarily begin to change. Despite having started over with few if any modern conveniences after the crossing, we still find bits and pieces of that leftover world coming through in things like patterns of speech. Subtle indications that this is a post-modern world are plentiful, but terrifically nuanced so as not to become intrusive.

The direct look into the United States the founders left behind is engrossing and frighteningly familiar. It is tragically easy to understand how things could deteriorate into such a nightmare world. Not because they are perfect, but because they are fascinating. They are complex and magical, but embrace the ordinary in a way that makes the entire place feel almost real.


And I plan to be first in line. So 5 stars for The Invasion of the Tearling. Also an enthusiastic recommendation for anyone with even a passing interest in fantasy fiction.

The Tearling was named for the person who established it several hundred years ago, after a crossing from America. Kelsea has been brought up by foster parents who have hidden her to protect her from enemies such as her uncle, who has acted as Regent and would like to keep that position. There is doubt, however, she will make it there alive.

We know she will, of course, since this is a trilogy, but the journey is full of surprises, especially about Kelsea herself. She is insecure about her looks only because she knows that men value prettiness, but she consistently manages to focus her concerns on 1 staying alive, and 2 righting the wrongs perpetrated on the kingdom by her incredibly evil uncle. She becomes queen, and also inherits the two sapphires associated with the crown and said to have magical powers.

Indeed they do, and the jewels are coveted by The Evil Queen of the neighboring evil kingdom, Mortmesne. Book Two picks up less than a month after the conclusion of the first book. The Kingdom of Tear is trying desperate measures to delay the invasion by the Mort. Kelsea hopes at least to get her people safe inside of the walls of New London before the Mort forces arrive. Back in the Tear, we follow the preparations for war, and see Kelsea learning to harness the powers of the sapphires she has inherited as Queen.

She is also discovering that the sapphires can also anticipate her wants without her even articulating them. It is not your average Book Two of a trilogy.

The Queen of the Tearling - Wikipedia

Kelsea, as mentioned above, is not stereotypically good-looking. Although she is 19, she has never been involved with any other children, much less any boys. When she tries to train to use weapons, she is a failure. But she grows up very fast, in almost every way. And she shows that value comes from what is invisible to the eye, to paraphrase The Little Prince. Kelsea is unlike any other YA heroine I can think of. I agree!